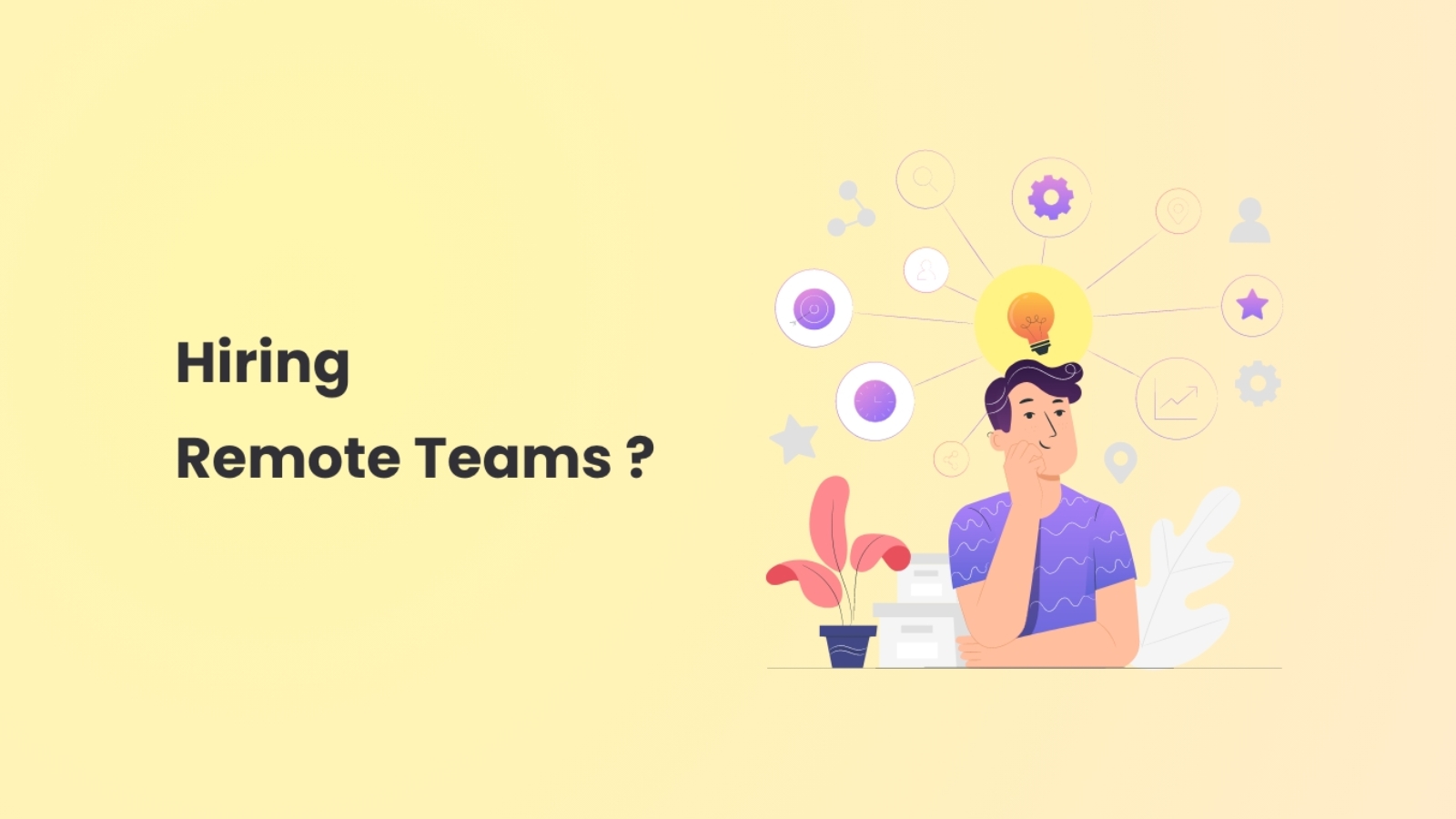 Are you puzzled by the myths surrounding companies hiring remote developers? Don’t be concerned. We’re here to dispel myths and show you what’s right and wrong. We’re assuming you’ve heard that employing remote developers is a terrible idea. Perhaps you’ve even turned down a promising developer since they don’t live in the same location or time zone as you.

However, the notion that companies hiring remote developers is a negative thing is a myth that may lead you to miss a pool of extremely competent individuals. As evidence, we encourage you to review Remote Work Statistics. Also, if you think working from home is a terrible idea, this CoSo Cloud Survey article may persuade you otherwise. OK, so you’re still dubious about the usefulness of remote developers in today’s workplace. We will debunk the misconceptions so you may comprehend the truth.

Let’s start with the most important one. Many remote developers in countries like Europe or Asia do not speak English as their first language. However, this does not imply that they are unable to communicate effectively in English. Professionals from such locations can speak and write English like native English speakers.

However, since English is not often their first language, you will undoubtedly come across developers who speak poor English or cannot communicate effectively with you. But here is where vetting comes into play, which is why, at Treinetic, excellent English is our very first screening test.

Remote recruiting is becoming a sensible business decision for established tech firms of all sizes. Nevertheless, how can you be certain that remote team members will concentrate on their tasks?

According to research by Harvard Business Review, there is good news. Employees who were allowed to work from home for nine months outperformed the control group of onsite workers by 13.5 percent. Furthermore, remote employees were happier and less likely to quit.

Remote developers must confront the same productivity hurdles as their onsite counterparts after being recruited. That is, everyone’s challenge is the requirement for practical development goals, clear communication and objectives, automated tools, and reducing the necessity for debugging.

It all ultimately comes down to the competence of the remote developers you employ. The most competent remote developers can successfully manage their working hours and duties without the project manager hovering over their shoulders. However, this does not prevent you from making them feel welcome and a member of the team. You should arrange frequent check-ins and team calls and keep them socially updated to make them feel at ease.

Consider the possibility that you are no longer tied to your company’s desk and can work from any place. Now, you don’t even have a boss watching over your shoulder anymore. What would you do in this situation?

If you went home to work right now, chances are you wouldn’t get much done (at least not if you haven’t done it regularly before). Working from anywhere requires experience and acquiring many skills to remain focused, productive, and even healthy. As a result, if you were concerned about companies hiring remote developers due to this “lazy” aspect, you now know what is going on.

There are three types of concerns regarding remote employees integrating into your local work culture:

When individuals talk about culture in the recruiting process, they generally imply work ethic and moral standards. They, like non-remote employees, need positive testimonies and recommendations from previous employers to advance their careers. Reliable remote developers will typically work hard to earn your confidence and demonstrate their value to the business.

Smart developers are not just technically astute but also socially intelligent and thoughtful professionals. They understand that it pays to be trustworthy and responsible since their success or failure is based on the strength of their reputation.

Remote developers (particularly those with extensive experience) have worked according to various norms and procedures in various settings. They understand how important it is to try and try again to fit into your environment. Therefore, hiring remote developers isn’t a terrible option in this case, either.

Certain cultures worldwide are more eager to please, and as a result, will overpromise and underdeliver. However, developers from other nations who have worked with international clients for a long time have learned to account for cultural differences and provide accurate estimates, deadlines, and expectations. This myth only applies if you employ someone without thoroughly verifying the developer with whom you work.

This is why, at Treinetic, we subject our developers to a test that expressly looks for this kind of behavior. Each developer is put through a test project that requires them to reset expectations when needs change and verify they understand how to prevent over-promising and under-delivering.

Remote Developer Myth #7: Our Sensitive Data Will Be Unsafe

Given the many security breaches and events that occur daily, it’s understandable to be worried about data protection outside your firewall. The good news is that remote developers worldwide have access to many excellent, low-cost security solutions.

What Could You Do?

You may already have the necessary resources to protect your data offshore. Consider the following strategies:

Myth #8: Qualified Remote Developers are Hard to Come By

Not unless you know precisely where to look. The source of the remote development team is directly related to the quality of the contract developers you employ. Through any worldwide remote work staffing site, you may engage individual consultants or contract software developers. An increasing number of outsourcing sites exist to link customers with remote developers.

Many independent consultants and developers use these websites to exhibit their skills and access a large pool of possibilities.

We are, for example, an award-winning software engineering company that promotes a remote work culture. Our development team has worked with both domestic and international customers for many years. Employing remote developers may be a better option for businesses than having in-house teams.

Myth #9 Communication with Remote Developers Is a Nightmare

We live in the twenty-first century, where the Internet connects the whole globe. And there are many communication options for interacting with remote teams, just as there are for conducting day-to-day discussions with in-house teams. Furthermore, experienced software engineering firms like ours have all of the required sophisticated communication tools available at all times to ensure efficient collaboration.

In every physical or remote profession, there will always be individuals who are under-skilled or unproductive. The key is to have a robust screening process in place or a trustworthy partner that can offer you developers who have previously been vetted via a solid procedure.

There are certain advantages to employing onsite developers, just as there are distinct advantages to hiring remote workers. What we’ve come to appreciate about companies hiring remote development is how it brings to light communication, trust, and productivity problems in onsite teams that you didn’t know existed until you brought in a remote element. It’s only a matter of knowing how to manage remote teams effectively like you would have to do with your in-house team.